Zero Code is a new paradigm for the implementation of IT and business management systems, consisting in approaching tehcnology to business user: this user will be able to implement and model his own rules and elements, shaping the products and processes directly in the management system. 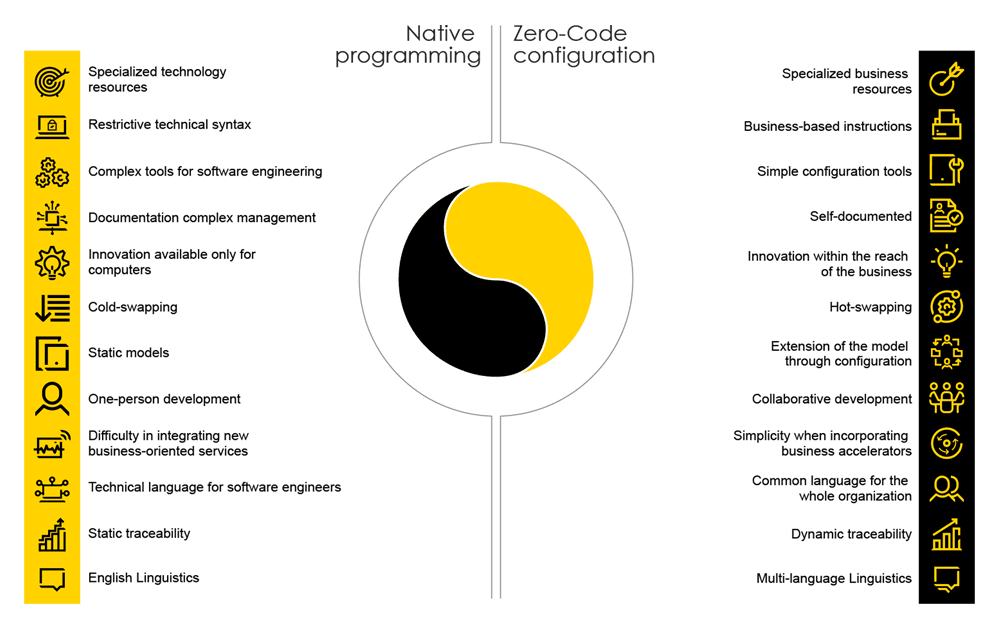 What do organizations need today?

In general, organizations have to orient their business activity towards a focus on processes:

What happened to the old technological paradigms?

In the 1980s, the management systems were programmed in assembler, a language very close to the machine.

In the 1990s, the continous growth of management needs makes it necessary to evolve towards more modern languages, such as Cobol. These languages will bring programmatic systems closer to technicians, but will remain far from the business user.

Since the year 2000, the languages that have appeared in scripting-type applications mixed with parameterization systems are considered low code. Low code is presented as an extension system of pre-built concepts and, by its very format, is still technology-oriented and not business-oriented.

However, despite the step forward in low code, it is still far from most business users. It is still complicated and needs certified personnel, since it is exclusively oriented to a control language and not to functionality, and it forces to have many technological concepts.

Why defining a new paradigm? Why Zero Code?

It was necessary to go one step further, and move towards a fully business-oriented, "no-code" technology system.

In Zero Code, logic is parameterized. Its construction units are based on functional elements, rather than technological instructions. Business variables exist implicitly based on context, rather than explicitly controlled through language.

For example, how would the actuarial age of an insured be modified in a policy?

Therefore, Zero Code allows to describe in business terms, the logic of the processes; this way, processes become transparent to the organization and are preserved against knowledge leakage.

What skills are required for Zero Code?

How is Zero Code used? 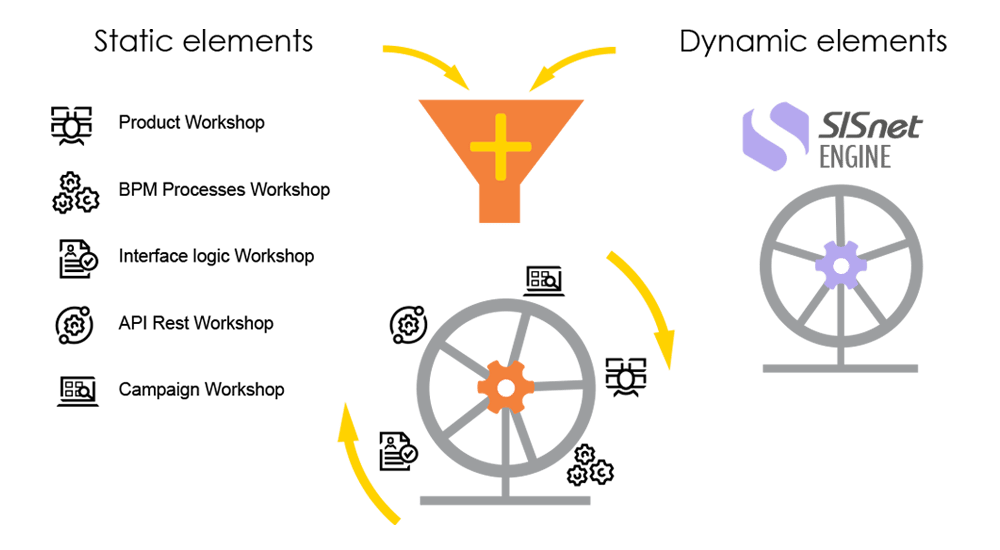 We talk about static elements such as the main parametric elements, which are used in the following tools: Product, Process, Interface logic, API Rest and Campaingn Workshops.

The dynamic elements are managed by SISnet rule engine, allowing to apply logic to business rules and processes.